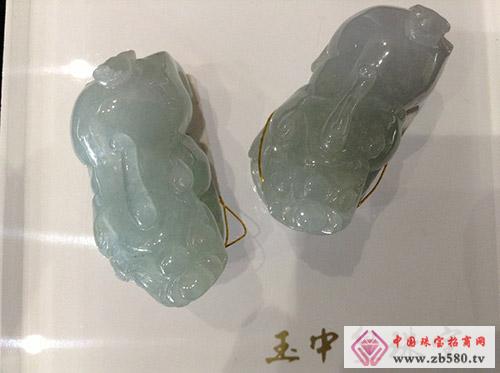 At the beginning of the Year of the Rabbit in 2011, CCTV broadcasted an eight-episode large-scale documentary "Jade Legend" which was filmed in three years. Among them, there is such a narration: jade, which eventually became a stable and powerful national strength... the ancient jade culture, It is attracting the attention of the whole world with a new look. Once again, China has entered a period of prosperity and prosperity, and a new era of jade collection is coming.

Under the background of the continued downturn in the stock market and the regulation of the property market, the art collection market is becoming a hot spot for capital pursuit. Since the beginning of this year, Jade and Hetian jade, which are led by the jade market, have been called "crazy stones" because of the continuous and sharp rise in prices.

According to the China Jewelry and Jade Jewelry Industry Association, from 2000 to 2009, the average price of jadeite rose by about 18% per year. Since 2010, the price of jadeite has increased by more than 30%. In 2011, the number of participants in the first jadeite market in Myanmar exceeded 10,000. People, the transaction amount of more than 20 billion yuan, both hit the highest ever, the highest price of a piece of jade stone more than 300 million yuan.

Since the use of Hetian jade in the 200-year Beijing Olympics in China, the price of Xinjiang Hetian jade has risen sharply.

Jasper: The next piece of crazy stone

At present, the art market has become the hottest investment field except for real estate and stocks. A large influx of hot money has pushed up the original valuation level, which is why the jade and Hetian Baiyu are crazy. Who will be the next crazy stone? Obviously it needs these elements: tradition, mass foundation, underestimation, imagination, and suitable for investment collection.

Jasper is a very good choice for three reasons:

1. Jasper is a continuation of traditional culture

As a traditional nephrite in China, Jasper is a kind of semi-transparent spinach green nephrite. It is mainly composed of tremolite. It has been cherished since ancient times to the royal family, down to the literati of famous scholars, especially the Tianshan Mountains in Xinjiang. The "Manas Jasper" was deeply loved by Emperor Qianlong of the Qing Dynasty and was used as a court jade, jade, wishful and jewellery.

In ancient times, there were beautiful poems such as "Jade Jade Makes a Tree Height", "Jiang Zuoqing Luo Band, Mountain Like Biyu", "Xishi Shiluo Road Chunxiu, Jasper Now Doulihua", and "Jade Colors", "Jasper Innocent, "Xiaojiabiyu" and other popular idioms, which confirm that Jasper carries a profound Chinese cultural heritage, revealing the love of literati from the literati, the princes and nobles to the ordinary people.

The market price of jasper is obviously underestimated.

3. Jasper is suitable for investment collection

Since ancient times, China has had the saying that â€œthe world is in the chaos of the world and the jade in the worldâ€. In this traditional atmosphere, the prices of jade and Hetian white jade continue to remain high, which undoubtedly carries a greater risk. The funds flowing into the jade market from the housing market and the stock market require clear requirements. First, we must avoid risks under the expectation of profit, and second, choose varieties that are undervalued and have greater potential for appreciation. In this way, Jasper's investment and collection advantages will emerge.

In the current market, the signs of jasper being noticed are quite obvious. For example, in August 2011, Beijing Guoxin Auction, a contemporary Shanghai-style jade carving â€œXianghe Yudingâ€ shot a high price of RMB 2016 million.

4. How to invest in Jasper

Investing in Jasper can pay attention to the following points:

Due to the large production area of â€‹â€‹jasper and the lack of standardization in the market, it is recommended to choose jasper from Kunlun Mountain in Xinjiang. Mainly because jasper is a kind of nephrite, its quality and value are not determined by the transmittance, but by the oiliness, and the height of the jade oil is determined by the proportion of the tremolite component of the jade. The higher the stone composition, the better the scent of jade.

The scarcity of good jasper stone is the premise of investing in the original stone. There is a lot of freedom in investing in the original jasper stone. You can collect and watch the original jade stone and wait for the inevitable price increase; you can have enough time to decide the best engraving theme and choose the most suitable jade carving master; you can divide the jade original stone into two or more according to the needs and market conditions. The works and so on get the best return on investment.

You can choose the jasper seed or mountain water that has been opened, so that you can clearly know the good or bad of the investment object from the cutting surface, thus reducing the risk of investing in the original stone.

As the saying goes, "Jade is not a weapon" and "Hetian Yu Yangzhou workers" are describing jade carvings; "Golden valuable jade is priceless" refers to the high added value brought by the master carvings to the jade stone, which has been carefully conceived and carved by the master. The works often make the value of jade double, even ten times and hundreds of times. Such works are expensive and suitable for higher-end, professional collection investment.

For ordinary public collections, jasper bracelets, Ruyi, Neem, and all kinds of ornaments are good choices. Some custom-made jasper carvings are better, practical and decorative, and they can be value-added.

Starting from the Hongshan culture, the accumulation of jade culture in 5,000 years has created a traditional jade collection culture; the scarcity of resources has created the value of jade investment; the influx of hot money and the admission of institutional funds have created a "crazy stone." In addition to the collection value, the investment value of Jasper is further excavated, after Jade and Hetian jade, Jasper will become the next "crazy stone"!