The moralization of jade was completed in the Spring and Autumn Confucian Group. In the background of the waning decline of the Zhou Dynasty, Confucian scholars formed the earliest team of secular jade scholars, and their praises were earth-shattering, pushing jade to the height of moral symbols. They describe the texture of jade as hard and prudent, the color is bright and tidy, the temperament is gentle and the sound is clear and the sound is clear. This is a rare reputation, and Confucianism and jade studies have formed a solid alliance. Their work provides an excellent sample of the extension of jade in history. 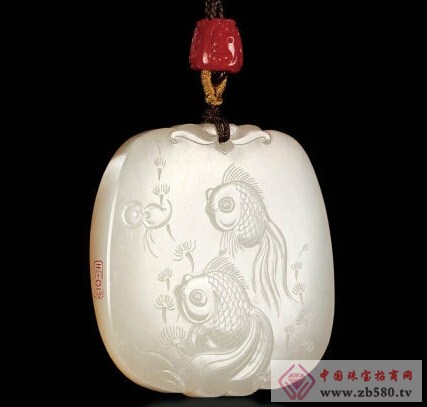 The secular ethical semantics carried by Jade is so grand, which makes the moral philosophers of the pre-Qin feel infinitely surprised. We were told that when Confucius came out to other vassal states, he respectfully held Yugui, as if he couldnâ€™t lift it up. When he lifted it up, he seemed to be doing it. When he placed it below, he seemed to give something. His face was as solemn as a shudder, and the steps were small, as if walking along a straight line.

This is not from the awe of the kingship, but an unusual moral performance aimed at proclaiming the life connection between Confucianism and jade. Confucius is an outstanding actor, and he wants to show the world a new relationship between people and artifacts. Jade is not an artifact, but a condensation of the soul of a gentleman, exuding the rich aroma of the intellectuals of the scholars. Crossing the form and temperament of jade, Confucianism saw its own dignified face. Jade is a great mirror image of the spirit of the scholars projected on the minerals.

In the early Spring and Autumn Period, the thinker Guan Zhong took the lead in proposing the "Nine virtues" such as jade, knowledge, righteousness, and line. After that, Confucius extended it to "11th German" and made a complete description of jade ethics. However, Xu Shenâ€™s "Shu Wen Jie Zi" suspected that Confuciusâ€™s jade is too cumbersome, difficult to memorize and spread, and simplified into "five virtues" of benevolence, righteousness, wisdom, courage and cleanliness, echoing the "five elements" pattern passed down from ancient times, and finally The basic principles of jade ethics were determined.

In the ethics of jade, the power of discourse in Confucian rhetoric is infiltrated. This is a simple and crude metaphorical act that shows the extraordinary passion of Confucianism in digital games. The "Yu De" that has been meticulously calculated by moral arithmetic has increased from nine to eleven, and has been reduced from eleven to five. This is not a digital correction, but a self-tuning of communication. It is to limit the narrative of "Yu De" to the range that five fingers can grasp. What a long collective rhetoric, spanning hundreds of years of spring and autumn, the five fingers of the Confucian scholars finally grasped the five characters of jade, which complemented the "benevolence, righteousness, courtesy, wisdom, and faith" of Confucianism. , the close relationship between the left hand and the right hand.

Because of Confucianism, jade was generally worn by intellectuals of scholars, which led to a wave of secularization of jade. Confucianism is the greatest promoter of the folkization movement of jade, but the interpretation right of jade has since been expropriated and monopolized by Confucianism. For a long time, jade is the identity mark of the Confucian elite. Poor scribes cannot have Hetian Yupei and can only be replaced by inferior stone tools. Those cold stones hang between the sloppy clothes, as if they were a hard portrayal of a lonely soul, and unyieldingly wrote the myth of self-personality.

But all jade scholars deliberately evaded the weakness of jade. The brittleness of jade is its first attribute. This fragility makes it a beautiful moral fragile product like Confucian life. In a sense, fragmentation is the death form of jade. It carries the corridor of this fate crossing the time. Compared with other qualities, brittleness is a deeper metaphor for the life characteristics of scholars. However, it was not until the Northern and Southern Dynasties that the motto "Ning is a jade, not a complete one" was uttered by the martyrdom of the martyrdom, and was spread around, becoming a painful exegesis for the middle and late Confucian scholars. This is the mysterious correspondence between human life and stone life. Among all the virtues, this is the most moral one. After a long period of suffering and silence, Confucian scholars finally acknowledged the nature of jade and stood up to face their tragic fate.