The London Olympics, which focused on the global gaze, came to a close on the early morning of August 13, Beijing time. Along with the Chinese Olympic delegation with 38 gold, 27 silver and 22 bronze medals, China's athletes Sun Yang, Ye Shiwen and other Chinese athletes have set Olympic records with outstanding performance, won world admiration, and were included in the history of the Olympics; Anta, Li Ning, and Hongxing Erke The group composed of many Chinese brands, with a total of 71 gold, 48 silver and 54 bronze medals, has become an alternative winner on the Olympic Games. The London Olympics has become a grand event for Chinese brands.

According to relevant statistics, the medals list of the Chinese apparel brand legions is as follows: 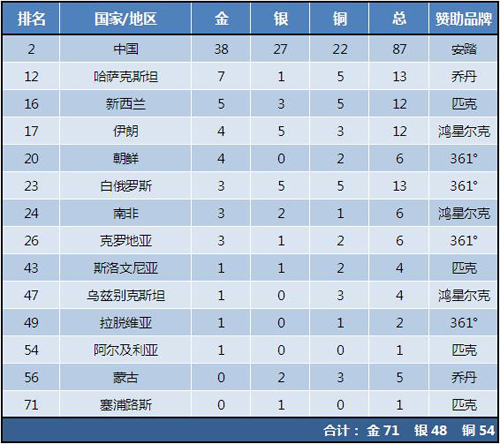 From the above table, it is not difficult to see that China's apparel brands have begun to rely on international and large-scale competitions to upgrade their brand image a few years ago. After many years of operation and development, they not only achieved breakthroughs in design and quality, but also the overall strength of the overall brand. Acknowledged by consumers.

In the recent two-time Olympic marketing, the impression was particularly impressive. Everyone should not forget that the first gold medal of the 2008 Beijing Olympic Games was won by the Chinese weightlifting team assisted by Hongxing Erke and won a high exposure rate for it. In the 2012 Olympic Games, Hongxing Erke continued the sponsorship of the Beijing Olympic Games and chose to cooperate with South Africa, Iran, and Uzbekistan. The "Quanzhou Brothers" also followed suit and sponsored more than a dozen countries such as North Korea and Belarus ... It is because a large number of Chinese brands have joined the London Olympic Games. Therefore, some netizens said with a smile that the Chinese brand army occupied the London podium.

Olympic marketing promotion, it must be considered accurate

The Olympic Games is a rare brand promotion opportunity for companies. Although many domestic companies have encountered industrial development difficulties, several major brands such as Anta and Hongxing are still airborne in London, hoping to use the Olympic marketing to enhance market confidence, consolidate their brand image, and expand energy for the next step.

Li Ning and other brands that sponsored the Chinese team performed well in the Olympic marketing. Hongxing Erke also became the big winner in this Olympic marketing by maximizing the benefits of â€œsmall investment and large outputâ€. Hongxing Erke did not put too much advertising before the Olympics, but many of the athletes in the three national Olympic delegations he sponsored are very topical: South African frog king van der Borg broke records and won the top spot; Rose successfully reversed the "eight gold king" Phelps of the Beijing Olympics and won the championship. There were also inspirational stories of the Blade Warriors, which made the world see the power of dreams... Not only caused the media to rush to report, but also in Weibo, Post Bar and other networks. On the platform, it caused hot debate among netizens. This time competition, Hongxing Erke "abacus" is really beautiful. 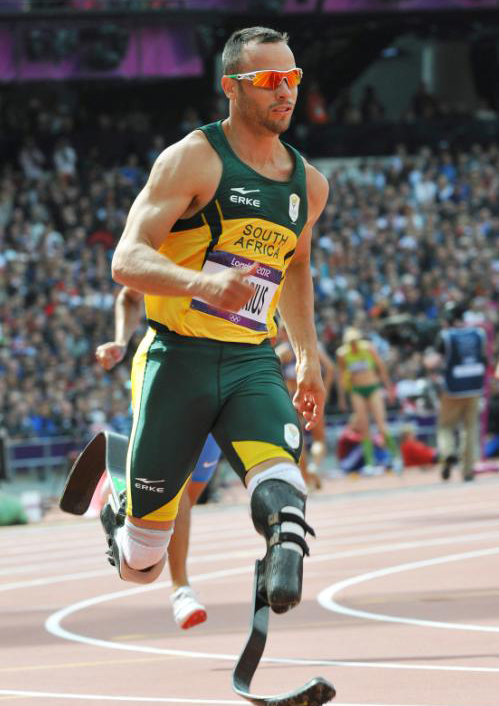 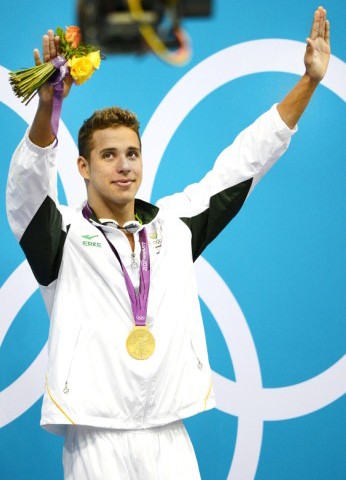 As we all know, Weibo has become the main field of information dissemination. The horn of the Olympics blew and each brand rushed to publish Olympic information related to itself, and attracted many netizens by tapping into the characteristics of the Olympic Games. 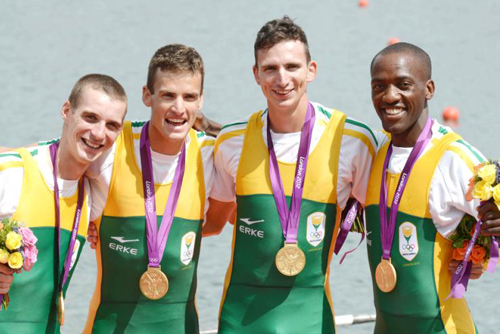 In the microblogging communication, various brands unanimously combine athlete performance with brand spirit. Nike's "Great" article's propaganda and creativity, taking stock of London's Olympic Games, and jumping out of the Olympics' promotion of inertial thinking, withdraw from advancement, successfully enter the hearts of people, worthy of reference by domestic brands.

Chinese brands also have outstanding cases in Olympic marketing: For example, the performance of the South African Olympic delegation with Van Der Berger and Blade Fighters is typical, and the brand spirit of Erke â€œTO BE No. 1â€ is very consistent. The athlete's indomitable fighting spirit and competitive spirit toward the first place are the best endorsements of the spirit of the Hongxing Erke brand, which effectively enhances the brand's reputation and rendition. Searching for â€œblade-fronted warriorsâ€ on the Weibo platform has 720,976 pieces of micro-blog content related to it, which has become a strong evidence.

After the Olympic Games, marketing is more critical

The Chinese brand's entry into the London Olympics is a leap from "manufacturing" to "creating." This shows that our national brand is not only comparable to international brand names in terms of quality and design, but the spirit of the brand has also aroused the resonance of Olympic delegations in various countries. In understanding the spirit of the Olympic Games, Chinese brands are as popular as Adi and Nike.

Although the London Olympics has come to an end, the marketing battle between the major brands has not yet come to an end. The domestic brands will certainly carry out the new round of marketing with the Olympic heat. After the 2012 Olympic Games, marketing methods such as promotion and service are waiting for the brand to dig deeper, retaining people's good impression on the brand and promoting sales in domestic and foreign markets. However, the rational use of Olympic resources, improving the competitiveness of products and the credibility of the brand, and accumulating stable consumers are the most crucial tasks for post-Olympics marketing.

Metal Zipper
Metal Zipper zipper belongs to one of the microphones refers zipper teeth made of copper, aluminum or copper-nickel alloy material produced zipper, resin zipper and Nylon Zipper compared in terms of, more durable, and more for jeans, jackets and backpacks.

Divided according to the size: # 3, # 4, # 5, # 7, # 8 and so on, depending on the size microphone size zipper teeth change. Because it is often used in the jeans, jackets and backpacks, so its dimensions are larger zipper. 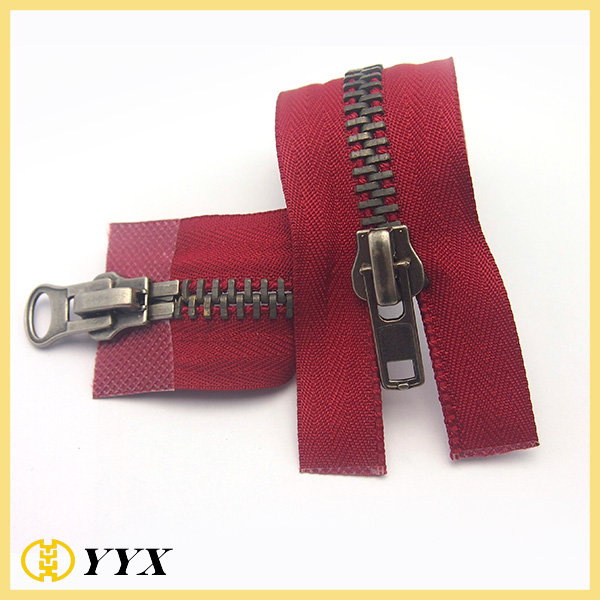 Metal zipper Composition:
And other similar zippers, metal zippers composition is formed by a cloth belt, microphone teeth, slider, limit codes.
Tape: Material generally fiber belt, cotton or polyester fibers with a belt, can choose different materials depending on the application.
Mi teeth: the market for the production of metal zipper and more aluminum, brass, copper-nickel alloy, zinc alloy and other materials made of, since the color on the metal zipper teeth are plated microphone up, if improperly stored, the teeth will turn black microphone clothing and would cause pollution. For microphone tooth copper alloy is prone to oxidation, so when you save to ensure a certain degree of ventilation, do not sealed, do not save in the moisture-laden environment, if necessary, have to use the moisture-proof paper or desiccant.
Slider: metal slider respectively bronze color, red bronze plating, white, yellow-plated, black nickel, black nickel, matte silver, under normal circumstances, the color of the metal slider requires a microphone with a metal zipper teeth the same color. According to regulations, common slider parameters are:
3 # metal slider opening height of 2.1-2.2mm, mouth wide as 4.55-4.65
5 # metal slider opening height of 2.7-2.8mm, mouth wide 6.0-6.05
Limit code: divided into upper stop (front yard) and bottom dead center (post code). The main role is to prevent the upper and lower retaining slider from microphone teeth.

Note:
In the garment washing or processing time, pay attention to:
A wool knitwear after being ironed, to ensure adequate cooling can after zipper packaging, otherwise,
After the metal zipper will react with steam generating, easy to change color. Second, in the clothing trade processing, it tends to remain certain chemical reagents, then it is easy to react and metal zippers. Therefore, prior to assembly of metal zippers, leather has been the need to ensure adequate for cleaning and neutralization.
remind
Since there are different zip adaptability in different environments, so in the selection and purchase of the zipper when you choose must inform the manufacturer of the zipper on the application in which products, and manufacturers have to inform you of the fastener component requirements, such as You can be a pin detection and so on. Further, generally prohibit the use of azo dyes in the composition, as the dyed fastener after contact with body induce certain diseases.

Cause of Color Changes
a, copper alloy (copper-nickel alloy, copper, brass) made of metal zipper discoloration of reasons:
When used in the metal or hair products, metal zippers metal due to oxidation caused most of the teeth have a black phenomenon. This is because when the bleach manufacturing process of cooked skin leather woolen products agents on the process and remains in the product, the product gas can cause discoloration of the metal zipper.
Examples of chemical reactions: oxidizing bleach (H2O2) â†’ black (CuO) or red (CuO2);
b, rubber bands bundle of metal zipper color reasons:
Rubber band itself contains sulfides, when the rubber band bundle metal zipper, metal chain teeth will have vulcanized phenomenon (black).
Chemical Reaction Example: excess gas sulfides or HS2 conditions â†’ black [CuS]
c, contact with an acid or chromium compound causes discoloration.